Dr. Winston Vickers is doing more than trying to save a few isolated populations of mountain lions in southern California, USA. He’s pairing hard science and data in an effort to establish and share best practices for how we consider wildlife, and the barriers we put before them. As an associate veterinarian at the Wildlife Health Center at UC Davis and co-principal investigator of the Southern California Mountain Lion Study, he's using new technology, precise monitoring, and solid science to help researchers and planners better understand and protect the big cats and their habitat. Developing best practices to accurately site wildlife crossings should improve the odds of survival of at-risk populations. 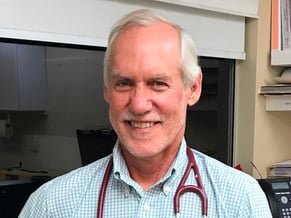 This long-term, empirical investigation incorporates targeted observations and documentation from interdisciplinary experts on both pumas and transportation ecology. Key collaborators include Dr. Kathy Zeller for modeling and mapping of crossing sites, Dr. Holly Ernest and Dr. Kyle Gustafson for genetics, and Dr. Jessica Sanchez and Dr. Walter Boyce for puma survival analyses. Essential partnerships with State and County wildlife, conservation, and highway agencies, and The Nature Conservancy, are also in place.

Cougar, puma, mountain lion, catamount, painter, and panther are all regional names in the United States for Puma concolor. Because each Native-American tribe and group of European explorers gave these once wide-ranging cats a different name, “Puma concolor” appears in dictionaries under more names than any other animal in the world. The Florida panther, Puma concolor coryi, is the only group that is so isolated that it is classified as its own subspecies.

Puma concolor once ranged more extensively than any other mammal in the Western Hemisphere, populating diverse environments from the Atlantic Seaboard to the Pacific Coast, and the Canadian Yukon to the Straits of Magellan. By the early 1960s, they were on the brink of extinction across the entire continental United States. And while population levels have rebounded within some western states, after decades of lobbying and legislating on their behalf, the species still faces extermination in areas where human development is greatest.

Dr. Vickers uses a blowgun to administer a sedative before examining a lion in the study.

Highways and infrastructure often form insurmountable barriers for wildlife. Attempting to cross a major highway often ends in injury or death for large mammals. Humans involved in collisions are also at risk. Isolated and corralled by development, restricted gene pools leave a population susceptible to hereditary abnormalities. Vickers said preserving access to genetic diversity is key to ensuring survival of the two most at-risk puma populations in California. And wildlife crossings help provide that access. He helped produce a study in 2017 that showed that even a single migrant enhances the genetic diversity of an inbred puma population.

In densely populated southern California, USA, puma populations on the east and west side of interstate highway 15 (I-15) have become fragmented into a small inbred population on the west side (Santa Ana Mountains) and a relatively larger, more diverse population on the east side (Eastern Peninsular Range). After M86 [a tagged male] emigrated, he sired 11 offspring with Santa Ana females, decreasing inbreeding measures and raising heterozygosity to levels similar to pumas in the Eastern Peninsular Range.

Isolation – An Invitation to Extinction

It's hard to predict how long an at-risk population might remain viable, and impossible to predict which variables will present themselves and affect outcomes, but Vickers said the models are concerning.

We’ve done studies and submitted a paper that compares the two most-threatened populations [Santa Monica Mountains and the Santa Ana Mountains]. They are both in dicey straights. The modeling that our collaborator, John Benson, has done on those two populations shows that survivability is very dependent on whether the phenomena of ‘inbreeding depression’ sets in. This is where the inbreeding actually starts to reduce reproductive capacity at some point. When the panthers in Florida reached that point where they suffered inbreeding depression, they had things like semen abnormality in the males, poor survival of the kittens, and things of that nature. It’s not predictable if, or when, it might happen, but if either of these populations in California descend into that status, then neither is modeled to last more than 20 years or so. They have about a 15-20% chance of extinction without inbreeding depression, which is worrisomely high.

Finding ways to increase those odds is central to Dr. Vickers work. 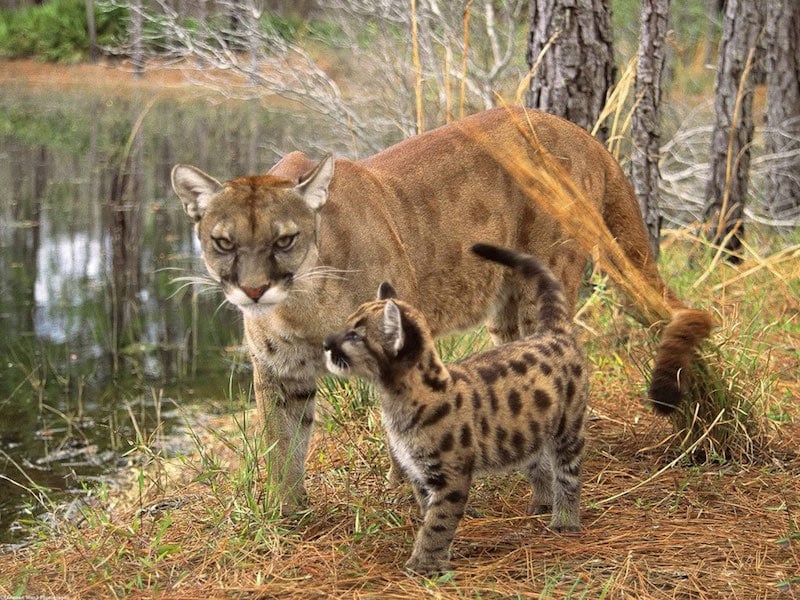 Vickers and his collaborators hope to protect and expand genetic diversity by mapping animal movements to help determine best practices for placing and maintaining large animal corridors across highways and other infrastructure barriers. The research-based methodology they develop can be used for long range planning. While transportation authorities have made some attempts to accommodate wildlife by creating crossings, until recently, the guidance for where the best locations were for crossing structures might be based more on opinion than data.

The drive for what we’re doing now is to help define best practices, as well as best future-decisions by the California Department of Transportation (Caltrans), and other decision makers, to retain and improve connectivity. Over the years, I’ve observed that oftentimes there’s a lot of discussion between county agencies, Caltrans, Fish & Wildlife and so forth, but most of the emphasis has been on expert opinion-based decisions. If there was going to be a new crossing built when they were widening a highway or transportation corridor, it was often primarily driven by people choosing sites based on experience, but data might be lacking.  We are trying to introduce more clarification and more involvement with the civil engineers early on to create decision making that is more solidly-based on movement data from the animals themselves. This kind of data takes time and money to gather, but we’re hopeful that the general outcomes will be better if there’s better information going in at the start.

Researchers previously used GPS radio collars to monitor the movements of the Santa Ana Mountains population, which includes about 15-20 adults. The team identified about 200 high-likelihood wildlife crossing areas for 7 area highways based on the actual movement of the animals. In the current phase of the research, the team takes inventory at each site to document any existing infrastructure and characteristics, such as type of crossing structure if one is present (usually a culvert or bridge), or any fencing that might funnel an animal to a culvert or another crossing. If nothing is there, researchers make note and determine if wildlife fencing is indicated to try to keep animals from crossing at grade. They will use the data to determine which of the overall sites are highest priority for maintaining connectivity. Cost analyses will further help prioritize the sites, along with the conservation status of adjoining lands and what range of species might be served by a crossing. The ultimate goal of this phase is to help transportation authorities begin to factor in wildlife crossings early-on in the planning processes for future highway projects. With solid data and a prioritized list, Vickers expects better results. 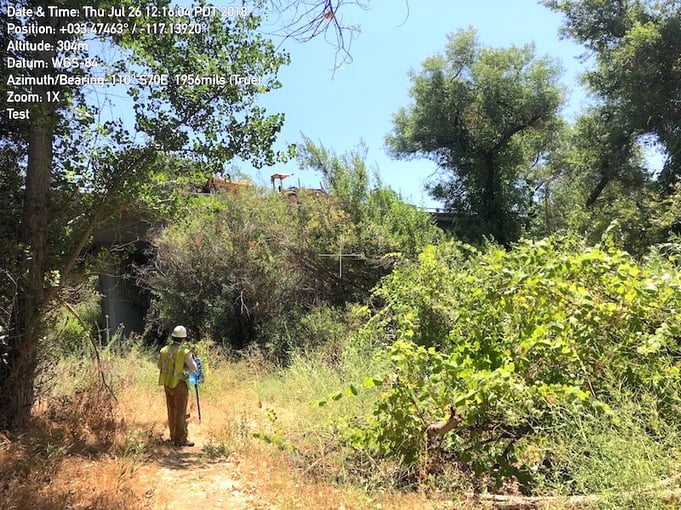 It should take biologists Jamie Bourdon and Rich Codington 6-9 months to collect the pertinent data. For the biggest barrier in the area, I-15, we will be working with civil engineering faculty and students at the University of Cal Poly Pomona to help generate a prioritized list of options based on feasibility and projected costs. The prioritized lists of sites will provide recommended options for Caltrans. We are saving a lot of time in the data entry process, and also photo-management, by using Wildnote instead of entering observations by hand and then manually linking the data and photos.

In addition to providing the data about mountain lion movement and infrastructure, Vickers said they hope to mentor in a new mindset and approach that makes considering and planning for wildlife part and parcel of how we build, repair, and maintain our roads. Much like we consider where to put crosswalks, bridges, and underpasses to accommodate human movement.

That thinking has been gaining more traction due to the efforts of conservation groups working with the legislature and Caltrans. The only legal obligation Caltrans currently has in that regard is to maintain fish passages, but they’re not required to accommodate mammals or reptiles or amphibians. So, by law they have focused mainly on streams and not as much on trying to maintain connectivity for other animals, especially larger animals like deer, mountain lions, and bear.

Land bridges and tunnel crossings are being incorporated in magnificent ways all over the world, but the U.S. lags behind. Vickers noted that “Even in California, in spite of our tendency to have leadership roles in environmental areas, when it comes to highways, we have a long way to go.” 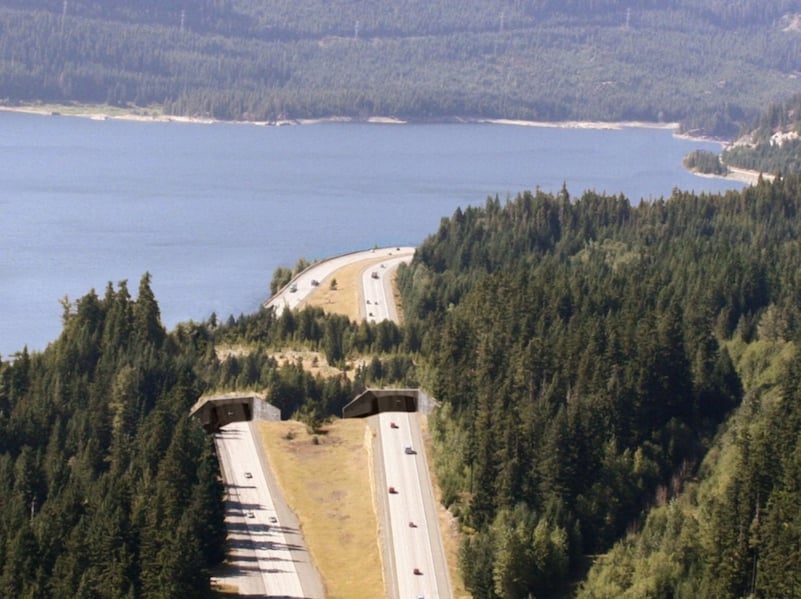 By building on the work of regional mountain lion research like Vickers’, the California Department of Fish and Wildlife is trying to create a conservation and management plan that identifies threats to mountain lions in each California region and suggests policy changes. This is part of the most comprehensive statewide research effort ever conducted on the species and the first California population count in decades. This cross-agency research also reflects the goals of the recently launched California Biodiversity Initiative. The initiative places new value on cooperative actions led by the State of California, in partnership with others.